Return to all news

With all this in mind International Women’s day is an opportunity to reflect on the progress that has been made and celebrate the successes of extraordinary women that have shaped our history on the quest for equality. The movements currently unfolding in modern society today are shaping the world our children live in, which is why as teachers we can all make a difference and contribute to positive change by teaching equality in the classroom.

When teaching equality, it’s important to recognise the barriers these historical figures have overcome and the impact they have made to their countries and communities. However, in search of equality, it’s key to remember that International Women’s day isn’t a day to give women a pat on the back. It’s a day to reflect on how gender is perceived across the world and teach the future generation what is fair, discussing how people should be treated and how to demonstrate respect for each gender. It’s time to stop blaming and start asking questions like – why is progress so slow? What can you, as an individual do about it? How do you want to be treated and how will you react when people do not treat you fairly?

With these questions in mind let’s look at some of the key figures taught in schools and the statements they have made paving the way for an equal society.

The Bronte Sisters are a crucial part of English literature and often studied in school. However, the Bronte Sisters did not publish their novels under their own names. Instead, the sisters chose to publish under gender-neutral pseudonyms; Currer (Charlotte), Ellis (Emily) and Acton (Anne) Bell. The sisters did not wish to expose themselves to the prejudice often displayed by critics towards women writers at the time but decided not to take names that were masculine.

The war changed the world of work for women forever. With the men defending the country on the battlefront, women were left to keep society going in their absence. Despite losing their jobs upon the soldiers' return and the dramatic difference in pay, women had shown the world what they were capable of. This triggered many campaigns and eventually, female teachers and some civil servants were the first to win equal pay in 1961 and 62. We’ve come a long way since then and this event in history is a clear demonstration of IWD theme #pressforprogress.

Her famous quote “I know I have the body of a weak and feeble woman, but I have the heart and stomach of a king, and a king of England, too” says it all. The idea of a female monarch was met with such hostility but it’s hard to picture that when today’s children are growing up with female monarch…appropriately Queen Elizabeth II. In 2011 the old succession laws, dating back more than 300 years, stating that the heir to the throne is the first-born son of the monarch was abolished meaning in the future sons and daughters of any future UK monarch will have an equal right to the throne.

There are so many more that we could list but then you would be reading forever. Even though we have made great progress moving towards equality of the sexes, there is still a lot to teach the younger generation to ensure that progress continues. That is where teachers have the opportunity to make a difference, by leading the way to clear up misconceptions and discussing equal treatment in order to make a positive step towards having an equal future. 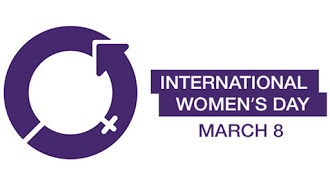 Return to all news